The pace with which software development is speeding up, it has become a challenge for companies to release error-free software in tight deadlines. The problem has been aggravated for companies that keep on releasing their software products at regular intervals with updated and improved versions since there is a need to test every new release and sprint without impacting the performance of the existing functionality. This is where regression testing helps. 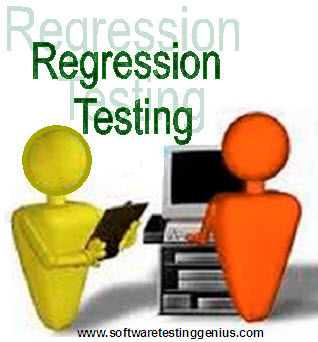 Parts of Regression Testing:
To stay ahead of time, company�s regression testing should be divided into different parts and grouped in different categories in which case it will achieve increased coverage and better insight related to software quality.

Sanity Tests: This test ensures that the product functionalities are put correctly and do not miss out any modules or features. Any failure at this stage means the product is not ready for release to the quality management team.

Sanity test should be performed immediately after a product is built. If there are continuous integrations, this test should be conducted on a daily basis.

Core Product Tests: Core Product Test is the testing of overall features of a product and its workings. Failure of any core product features means product is not ready to be used by customers.

This test should be run every time when the new build is released to the quality management team.

Support Functionality Tests: This type of testing is performed to ensure that the unchanged or untested functions of the software works correctly.

This testing is performed before the product is finally released to the customers.

Why Automate Regression Testing?
With growing agile development process and commitments to deliver products on time, software testing and development companies are experiencing bottlenecks in performing regression testing at a faster rate. The problem has cropped up for many companies to respond to the demands of the agile market and hence a lot many companies have started considering regression automation as the only way out to deal with the last-minute rushes.

As there is a saying “”When you fix one bug, you introduce several newer bugs”. Automating regression testing helps avoid the time spent in finding and examining new changes.

When to Automate Regression Testing?
When companies encounter following scenarios, they should automate their regression testing

# When there are a large number of applications to be tested manually, it can really turn the task daunting and chaotic. Automating at this point of time can be really beneficial since it reduces the inaccuracies and chaos

# When the software testing team has to perform repeated tasks of checking new features, automation should be resorted

# When changes in the applications keep on occurring on a continuous basis, automating regression testing is a wise decision

# When the software testing team wants to accelerate the process without compromising on the results, automation is the best option

Below are the examples of some of the popular automation testing tools that help in regression testing:

How Automation Tools Perform Regression Testing?
Ideally an automated regression testing tool consists of following steps which help in examining the overall quality of the software without duplicating the efforts of the testing and quality management team.

# Transforms the workflow into test scripts

# Tracks, reports and re-tests the changes

If software testing and development organizations thoroughly practice and consider all the above points in their regression test environment, their regression automation endeavor will give the desired results within the required time-frame.

As software testing and development industry continues to progress, regression testing will become the need of every software development and test cycle. Embrace it today and gain confidence to deliver better products in the market.

About the Author: Prashant Chambakara is a software testing technology enthusiast who loves to write about test automation and is the guest publisher of this article. The publisher is solely responsible for the ownership of its contents. Prashant works with TestingWhiz, an automated regression testing tool for web applications. www.testing-whiz.com can be reached for automated software testing services. Prashant can also be found on Twitter (@PChambakara).

Very good post for people that are trying to get a better understanding on why to automate.