Comparison between QTP/UFT and Selenium – the pros & cons of both

UFT – erstwhile QuickTest Professional (QTP) is a software tool used by the testers around the world to automate their functional and regression tests for the applications. This software was initially developed by Mercury Interactive and was later christened as QTP when Hewlett Packard (HP) took over Mercury Interactive in the year 2006. HP Software Division later combined QTP with the HP Service Test to create a single software package, known as Unified Functional Testing (UFT). HP managed the software until its version 11.5. In the year 2016, when Micro Focus bought HP Software Division the product was renamed as ‘Micro Focus Unified Functional Testing’. The currently available stable version of Micro Focus UFT is 14.53 which was released in July 2019.

The Comparison between UFT and Selenium

Testing is an integral part of the Software Development Life Cycle (SDLC). You can learn more about SDLC here. The purpose of the automation testing is to increase the scope and the extent of testing which can improve the quality of the software under consideration. Manual testing which requires extensive resources can be done away with to such an extent that we can even run multiple tests with multiple configurations on the multiple machines, at the same time.

The choice and the selection of the automation tools depend upon your programming skills and know-how. If you are an experienced programmer, you can easily grasp and master the intricacies of QTP/UFT. Micro Focus UFT supports only VBScript as the programming language, so the knowledge of this scripting language is essential for you.

Selenium though primarily was developed with Java as the main programming language, also supports other languages like PHP, PERL, Python, Ruby, and C#. A non-programmer can only work in a limited environment with Selenium IDE with support to only Firefox browser and no conditional or iterative controls. Selenium is widely accepted due to its flexibility to execute test cases across multiple platforms, though it can only access Web Applications and can’t test desktop or mobile applications.

But in general, a person with some programming experience can learn any of these automation frameworks with ease than a non-programmer. Let us dive straight away into the advantages of Selenium over QTP/UFT –

Though an open-source software and more flexible than HP’s UFT, Selenium lacks to UFT on these grounds –

After going through these comparisons, we can deduce that Selenium has an advantage over UFT when it comes to Cost, Flexibility, and Parallel execution of test cases. The million-dollar question – which Selenium tool to use from the suite? Here we will discuss all Selenium test-suite components for you to narrow down the selection depending upon your requirements –

With this, we conclude this article and we can say both UFT and Selenium have some pros and cons and the selection depends upon the criteria or the requirements for automating the test cases. Similarly, we can narrow down the Selenium tool depending upon the scope of automated tests in preview. For easy reckoner of Selenium history, you can follow this article on the site. 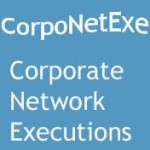