New software developers follow Test-First Approach wherein a test case is first written and then code is written which will fulfill this test.

A) Step by step approach is as under:

Step – 1: A test is added for just enough code to fail.

Step – 2: Tests are then run to make sure

that the new tests does in fact fail.

Step – 3: Functional code is then updated so that it passes the new tests.

Step – 6: Once the tests pass, next step is start again. 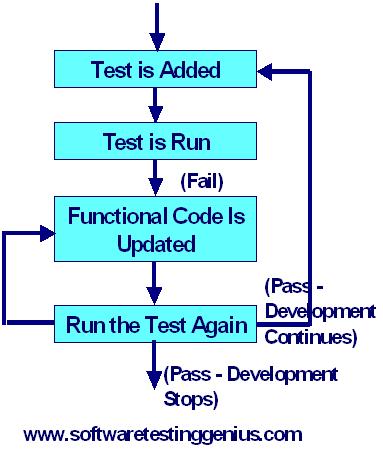 B) Test First Approach: TFA is also known as initial testing of database.

This can be expressed in form of a equation:

1) New needs of our customers.