In the charts shown below the outer circle is the maximum threshold and the band is the minimum threshold. The band between the two circles is the acceptable range.

A Sample of Kiviat Charts for Development Code Metrics for a web application is presented below:

All metrics falling within the acceptable limits are represented by the following chart. 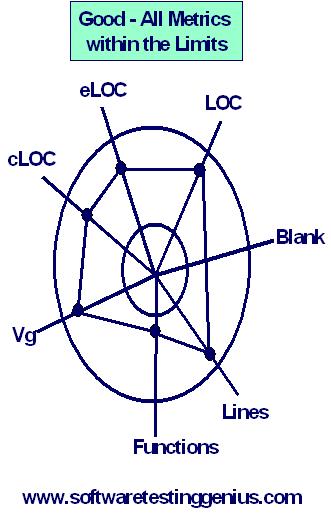 On the contrary, the following bad

Kiviat chart indicates all but one (cLOC) of the metrics outside the high limit: 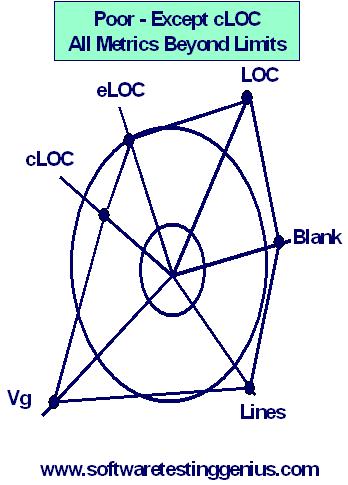 1) Kiviat Charts are helpful in providing an effective visual or graphical representation of problems or concepts quite complex in nature.

2) Kiviat charts are helpful in providing a sharp attention to the vulnerable areas needing a quick focus.

3) Various problems or concepts can be presented graphically by customizing the scale of the Kiviat charts to suit the individual needs.


Need of the Concept of Balance in Kiviat Charts:

Let us consider a problem having multiple dimensions like the following:

All the above when put together, create multiple dimensions and hence the concept of having a balance is needed.

Kiviat charts are usually drawn by using the following steps:

Step – 1: Choose factors to be measured.

Step – 2: Define factors so that for half the optimum utilization is 1 and for half 0.

Step – 4: Mark of the values on the factor axes.

Consider a sample data given below. 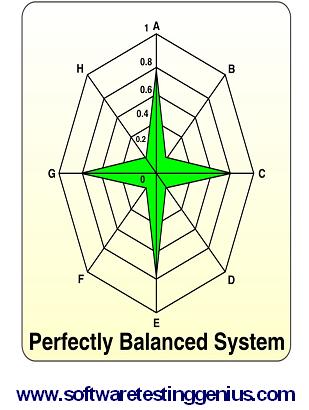 Consider a sample data for a well-balanced system as given below. 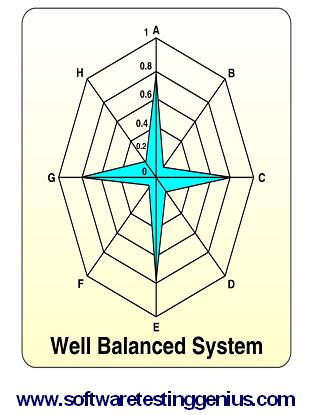 Consider a sample data for a poorly-balanced system as given below. 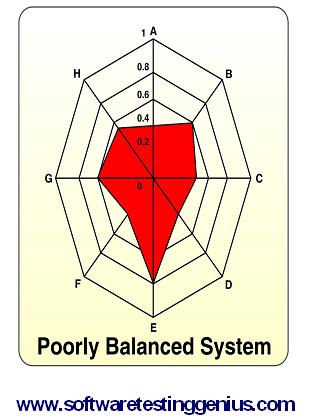 Consider a sample data for a perfectly-balanced system as given below. 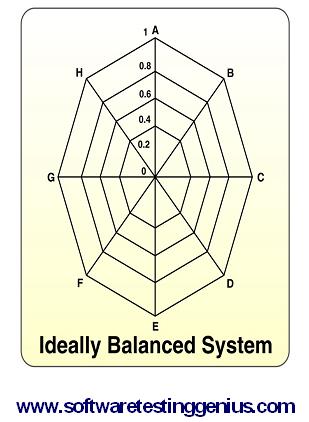