Understand the ABC of Process of Debugging

During debugging, errors are encountered that range from less damaging (like input of an incorrect function) to catastrophic (like system failure, which leads to economic or physical damage).

The various levels of errors and their damaging effects are shown below. 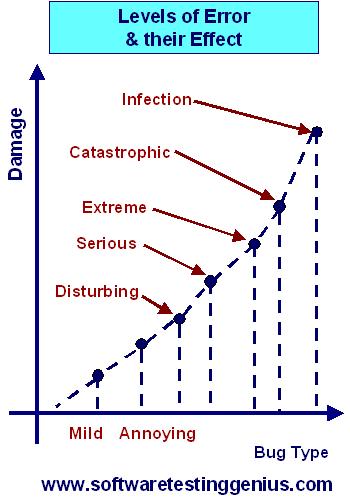 We can observe that in this graph, as the number of errors increases, the amount of effort to find their causes also increases.

Once errors are identified in a software system, to debug the problem, we use following steps:

After the corrections are made, the software is re-tested using regression tests so that no new errors are introduced during debugging process.

It may be noted that debugging is an integral component of software testing process. Debugging occurs as a consequence of successful testing and revealing the bugs from the software under test (SUT). When an error is detected by some test case, we adopt the process of debugging which results in ultimate removal of bugs. At the same time it may be remembered that debugging is not testing, but it always occurs as a consequence of testing. In fact the process of debugging gets kicked off the moment we execute a test case. This is shown in the following figure. 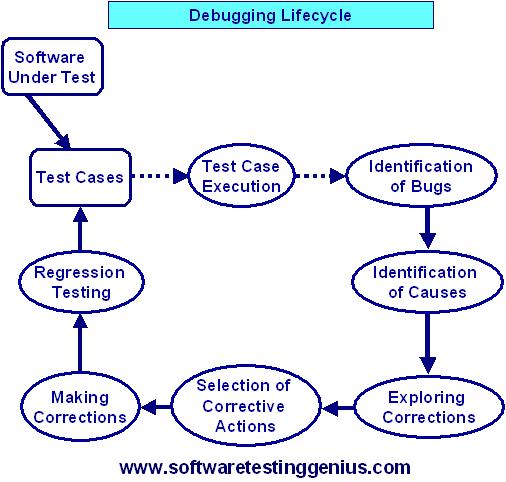 The debugging process wherein an attempts is made to do matching of symptoms with likely causes, which leads to the correction of error. The purpose of debugging is to locate and fix the offending code responsible for a symptom violating a known specification.

Remember that testing uses unit, integration and system level approaches for doing fault detection. On the other hand, debugging checks the correctness and the performance of software to do fault detection.