Tutorial-8 Understanding the Basics of Graph Matrix Based Software Testing

Tutorial-8: Understanding the Basics of Graph Matrix Based Software Testing

In graph matrix based testing, we convert Our flow graph into a square matrix with one row and one column for every node in the graph. If the size of graph increases, it becomes difficult to do path tracing manually.

Objective of the Tutorial: To trace all links of the Flow Graph at least once, draw a Square Matrix from it & find out the cyclomatic complexity, V(G) and hence the independent paths.

Process of constructing the Square Matrix leading to computation of Cyclomatic Complexity goes like this:

Step  1: Start from the following basic Flow Graph as an example of an input 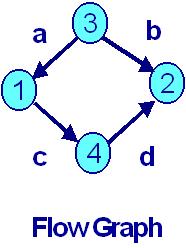 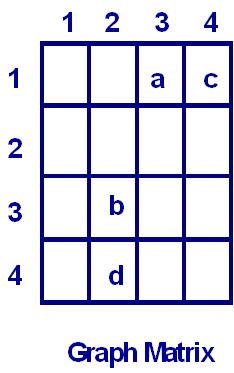 Step  3: Let us consider another Flow Graph as an example 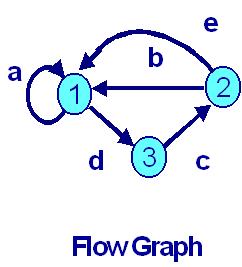 It may be noted that if there are several links between two nodes then ” + ” sign denotes a parallel link.

This is, however, not very useful. Hence we assign a weight to each entry of the graph matrix.

We use ‘1’ to denote that the edge is present and ‘0’ to indicate its absence. Such a matrix is known as a connection matrix.

For above figure connection matrix can be shown as under. 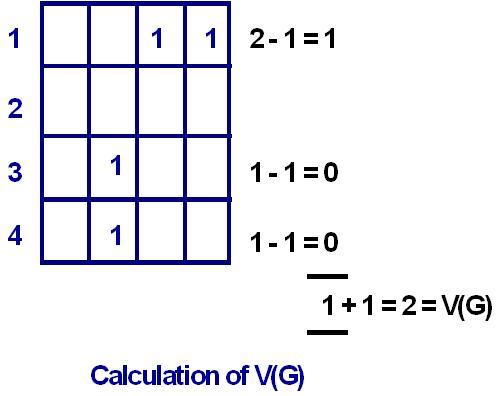 how will u calculate v(g) from second graph matrix. there are two entries for the cell having row no. 2 and column no. 1.

According to me the v(g) for its corresponding flow graph is 4.

How do I use graph 8 software to make graph